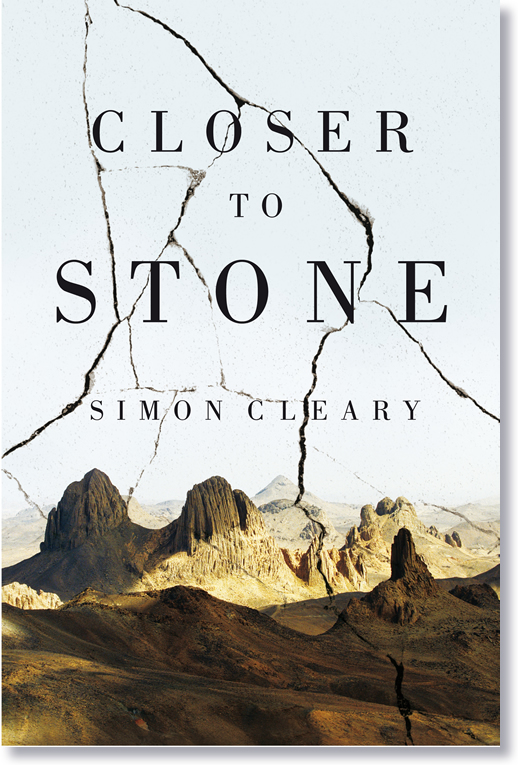 ‘No matter how gentle you are, there is always that first touch of chisel on stone, when the stone resists. Then you ready yourself, prepare to force yourself upon the stone. It is a sacred moment of doubt. Without it, there would be more butchery.’ – Closer to Stone

The story of two brothers – one a soldier peacekeeper with the UN and one a sculptor.

Set in 1993 in northern Africa (Morocco, Western Sahara and Algeria) and in the US years later, it follows the journey of Bas, the sculptor brother, who must go in search of his missing brother, Jack. His journey is a modern-day Heart of Darkness as he travels into the dangerous, war-torn, desert interior of northern Africa to discover what happened to his brother. What he finds there is not quite what he was expecting and has shocking consequences for him and his family.

Through the story of two very different brothers, raised as Catholics, the novel delves into the rise of fundamentalist Islam and its culmination in the terrorist attacks of 9/11.

However, the novel belongs to Bas who, through sculpting stone, attempts to find redemption from the dreadful events he witnesses in the desert in 1993.

‘Cleary takes his characters to a frightening, unexpected place, allowing his work to break free of the shackles of literary expectations and achieve an originality of its own.’

‘Cleary is a skilled and at times mesmerising novelist. His narration of a brother’s search is as accomplished a book as you’ll read. Outstanding.’

‘An engaging, page-turning adventure that takes a disturbing twist.’

‘A compelling narrative, [Cleary uses] evocative prose … and [has] an exquisite eye for detail.’

‘A significant, thoughtful and thought-provoking book. Closer to Stone is a stunning novel.’

‘Cleary has confidently cleared the hurdle of his second novel after the critical acclaim received by his first. Both are hauntingly and ambiguously titled: Closer to Stone follows The Comfort of Figs. … Cleary has more shocks to spring – another even darker quest to describe – as Closer to Stone shifts in place and time, before reaching its assured conclusion, one not altogether bereft of hope.’

‘Simon Cleary’s debut novel, The Comfort of Figs (2008), heralded the arrival of a significant new Australian writer. His second, Closer to Stone, should boost and entrench his reputation. Cleary’s prose is simple, elegant and highly accessible. A highly readable novel, intelligent and confronting in an unflashy way.’

‘Simon Cleary’s writing has a wonderfully light touch as he deals with serious themes such as religious wars, sibling love and betrayal.’

‘Cleary’s beautiful prose gripped me all the way to its poignant conclusion.’